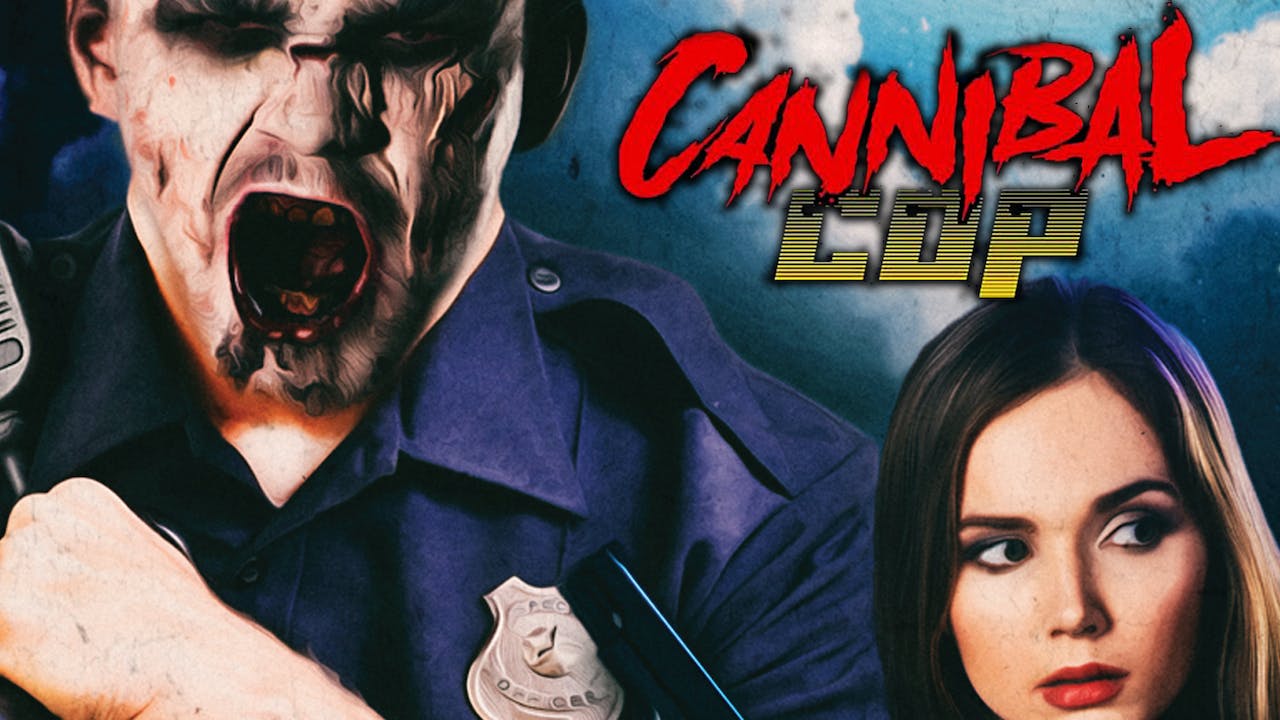 Detective Warbeck is a little DIFFERENT. Warbeck is hungry for flesh. . .HUMAN FLESH! Detective Warbeck is a CANNIBAL COP and he's about to unleash a gut-ripping CRIME WAVE like this city's never seen! Ever since Warbeck crossed paths with a vengeful Voodoo Queen he's become a half-man,.half zombie - cursed to a nocturnal rampage of unholy CANNIBAL TERROR! Only one woman can stop him - a crusading vigilante who wants to put the brakes on Warbeck's blood-smeared FLESH FEAST! But who can stop a man cursed with the supernatural power of voodoo? Especially when that man is a CANNIBAL COP?